The "Six Guidelines" and "Six Taboos": A Guide For Mainland Tourists in Hong Kong

on May 13, 2014
"When you enter a village, follow the local customs" (入鄉隨俗), advises a Chinese idiom equivalent to our "In Rome, do as the Romans do."

This is the message that  Xinhua News Agency﻿ tried to convey through its "Six Guidelines, Six Taboos" (六指南”, “六禁忌”), a guide for mainland tourists visiting Hong Kong﻿ (note). The guide was issued a few days after the infamous "Peeing Infant Incident" (童尿事件) that caused a new wave of anti-mainland sentiment in Hong Kong.

According to Xinhua, people who behave badly are just a small fraction of the over 30 million mainlanders who visit Hong Kong each year. However, the article acknowledges two problems: 1) the number of mainland tourists exceeds the number of Hong Kong residents, and therefore they are perceived like a huge tourist "army"; 2) mainlanders should adjust to Hong Kongers' customs and sensibility, as the aforementioned idiom urges travellers to do.

The author of the article claims that following local customs is both a sign of respect towards mainlanders' "Hong Kong compatriots" (尊重香港同胞) and that it also protects mainland travellers themselves ( 保护内地游客自己). The language used in the article is remarkable, as it appeals to two arguments mainlanders are thought to comprehend more than others: patriotism (calling Hong Kongers compatriots is supposed to do the trick) and self-protection.

Interestingly, the author forgets to mention public urination and defecation, which are actually the most important taboos broken by mainlanders. On the other hand, he mentions a few points that even native Hong Kongers are not so strict about (if I had to count all the times someone bumped into me or crossed the street when the light was red ...).

But are these guidelines going to help?

I think they won't. My impression is that anti-Chinese sentiment is a combination of a lot of factors. On the one hand there is the widespread dislike for certain categories of non-Hong Kongers (including not just mainlanders, but also people from Southeast Asia, whom many Hong Kongers look down upon). On the other hand, there are all the unsolved issues that Hong Kong has inherited from the ambiguous handover in 1997.

Political and economic issues, as well as the eternal question of whether Hong Kong's government should be run and elected by the Hong Kong people, or whether it is and should remain a puppet of Beijing, are all crucial problems that - so it seems - mainland public discourse is extremely afraid to address and discuss openly. As a result, Hong Kongers' anger easily flares up, and cases like that of the baby urinating publicly soon overlaps with other issues concerning Hong Kong-mainland relations.

To be fair, I would also like to point out that even among mainlanders the issue of public urination and defecation causes conflicts. For instance, in August 2013 a couple let his child urinate in the Shanghai metro, and some shocked passengers reacted furiously. An altercation ensued which was (obviously) filmed by someone:

One month later, another incident took place in the Shanghai metro. A man was assaulted by three people because he tried to stop a child from urinating in the train. He was badly injured, but the assailants were sentenced to just ten days imprisonment (note). 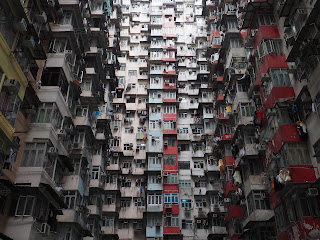 When I lived in Hong Kong I often passed by a residential apartment complex commonly known as the " monster building ".  " Interior of the Yick Cheong Building November 2016 " by  Nick-D  is licensed under  CC BY-SA 4.0 . _____ This housing estate, originally built in the 1960s, actually consists of five separate buildings: the Fook Cheong Building, the Montane Mansion, the Oceanic Mansion, the Yick Cheong Building, and the Yick Fat Building. It has become a tourist attraction because of its very unique and - some might say - "dystopian" look.  " Yick Cheong Building(益昌大厦) " by  Wry2010  is licensed under  CC BY-SA 2.0 . ______ Obviously, beauty is in the eye of the beholder, so maybe you think that these buildings are pretty. In that case, good on you. But I guess there are also a lot of people who find them quite ugly. One of the façades stood out to me in particular as being a massive, colossal mess.  Although this is an extreme example, there 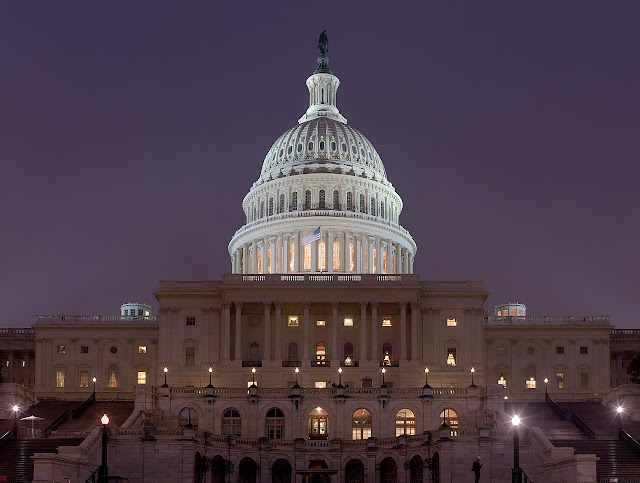 United States Capitol (Photo by DAVID ILIFF. License: CC BY-SA 3.0) During the Cold War, the Soviet Union sought to undermine the United States and its allies through a variety of active measures aimed at influencing and manipulating public opinion. Although the Cold War - understood in the narrow sense of the confrontation between a capitalist and a communist economic system - has ended, the struggle between different political ideologies and ways of life has not. As the Soviet-style centrally planned economic system was abandoned by nearly every country, the ideological confrontation shifted. States like Russia and China have embraced a mixed market economy, yet they have retained an authoritarian political system.  While capitalism conquered the authoritarian states of the former communist bloc, authoritarianism appears to be creeping into the polity of the US-led "free world". The Republican Party in the United States, for instance, has turned to authoritarianism . Accord 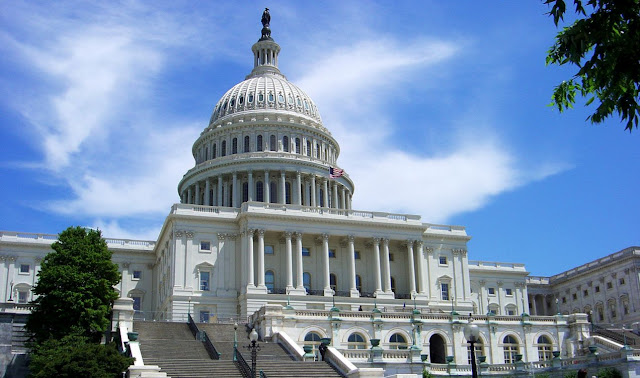 United States Capitol (image by kmccoy  via Wikimedia Commons) On April 16 media reported that a group of far-right House Republicans, including Qanon conspiracy theorist Marjorie Taylor Greene , were organizing the launch of an " America First Caucus ". A seven-page manifesto, first made public by Punchbowl News, contains nationalist, white supremacist and nativist themes. The document states: "America is a nation with a border, and a culture, strengthened by a common respect for uniquely Anglo-Saxon political traditions . History has shown that societal trust and political unity are threatened when foreign citizens are imported en-masse into a country, particularly without institutional support for assimilation and an expansive welfare state to bail them out should they fail to contribute positively to the country ... [T]he reality of large segments of our society as well as the long-term existential future of America as a unique country with a unique culture and a u